I’m in the middle of nowhere. It’s a dark, moonless night — so dark I can’t see my own hands in front of my face. I’m in an unfamiliar place so I pull up Google Maps on my phone and try to use it to guide my way, along with my trusty flashlight. Wildlife rustles in the bushes around me. I hope it’s a squirrel or a rabbit and not a skunk or a mountain lion. I spot a great big old oak standing tall on the horizon, isolated from the other trees — a lone oak. I look up at the sky, searching for the faint, milky haze of stars that stretches from one horizon to the other and begin to make my way around the oak tree, looking for the perfect alignment, the one that matches the picture I’ve formed in my head.

I attached the camera to the tripod back at the car and have been hugging it in my arms since then as I chug along across the landscape, taking careful steps, terrified of tripping in the dark and shattering thousands of dollars worth of equipment. I find the right spot, adjust my tripod until the legs are in position and my camera is somewhat lined up with the composition I’m imagining — the big oak front and center, the Milky Way stretching out above. I use my flashlight to find the right camera settings, focus my lens to infinity, set my camera’s self-timer for two seconds and click the shutter button. Two seconds later the camera makes a slight clicking sound and a tiny red light comes on to indicate that the shutter is open. After waiting 15-20 seconds, the shutter softly clicks back into place and the freshly-taken image appears on my camera’s back display screen. In the photo, the hazy cloud across the night sky has transformed into a brilliant collection of shining stars, clustered in clumps around the galactic core, the bright center of our Milky Way Galaxy, and swimming amongst the multi-colored nebulas. By leaving the camera shutter open for an extended period of time, I’ve gathered enough light to see things that are not visible to the human eye. Through my camera I’ve unlocked one of the most spectacular sights that nature has to offer.

Night sky photography can be challenging in many ways but it can also be a highly satisfying hobby and San Luis Obispo County provides plenty of dark skies and a bounty of natural beauty. Read on to learn more about the necessary equipment and techniques to take part in this hobby as well as some of the best places to give it a try.

Having the right equipment is extremely important for capturing images of the night sky and the Milky Way. You’ll need:

THE RIGHT PLACE AT THE RIGHT TIME

The location and timing are two of the most important factors in creating stunning night time photos. Unlike other types of photography, taking photos of the Milky Way is only possible during certain times of year, during certain parts of the lunar cycle, during certain times of night, in certain locations and only if the weather cooperates. If you’re attempting to use the ocean as foreground you need to factor in tides as well — throw in two jobs and a family to take care of and I’m lucky to get in a handful of shoots per year.

The core of the Milky Way Galaxy (the most interesting part of the night sky) does not rise above the horizon during the winter months. During early spring it will only be visible in the pre-dawn hours and in late autumn it rises and sets well before midnight, so the summer months tend to provide the best photographic opportunities.

Getting the best shots of the galactic core also requires shooting when the sky is moonless or when there is only a new moon or possibly a crescent moon. The light of the first quarter or full moon will blow out the sky and drastically reduce the visibility of the Milky Way.

Finding the right place is also important. You’ll want to find someplace away from the lights of towns and cities, headlights and any bright, external house lights but also a place that has interesting or beautiful landscape and foreground elements. For more on where to shoot, see below.

PUSHING ALL THE RIGHT BUTTONS

Getting your camera settings correct is another one of the most vital aspects of capturing night sky photos. You can use the following as a good jumping off point and adjust from there based on the amount of available light:

If you can manage to stay away from light pollution, many of the beaches along the Central Coast can provide a nice foreground for night sky photos but more often than not, sea mist and cloud cover can be an issue as the marine layer moves in. On a clear day though, the rocky shoreline and cliffs of Shell Beach are a favorite with local photographers. One of the darkest spots along the local coastline, Montaña de Oro State Park is another good choice.

For the darkest skies in the county, head north. We may not have the beaches but the North County has spectacular dark skies in many places and the skies are almost always cloud-free during the summer months.

As cities go, Atascadero emits relatively little light pollution and I’ve managed to capture some decent night sky photos inside the city limits. Notable dark spots in Atascadero include Pine Mountain/Stadium Park, the Jim Green Trail and the wilderness around the Salinas River. Although it is too bright at the city center, there are also many areas on the outskirts of Paso Robles that are suitably dark.

For the absolute darkest skies in the county, head out east of Atascadero on Highway 41 or east of Santa Margarita on Highway 58. The northeastern part of SLO County is so dark that you can see much of the Milky Way with the naked eye. Particular favorite spots of mine include the vineyards at Pomar Junction, Shell Creek Road (off Highway 58 east), Chapel Hill (near Shandon), and in the vineyards southwest of Paso Robles off Highway 46 West and Vineyard Drive.

To me, night sky photography is the perfect hobby. The equipment may be expensive to purchase but once that’s out of the way I can go out and shoot any time I feel like it and it doesn’t cost anything. There’s a slower pace than most types of photography with each exposure taking 15-20 seconds, allowing me to take my time and think through each composition. I get lost in the work and it becomes a sort of meditation for me — a meditation that perfectly balances the artistic and scientific sides of my mind. If you lean toward the introspective side of the personality spectrum, enjoy learning technical skills and have an artistic eye, you may enjoy night sky photography as well. 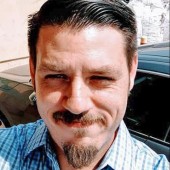 Honoring Those Who Gave All: Memorial Day Roots Stem From U.S. Civil War

Things are Happenin’ at the Estrella Warbirds Museum